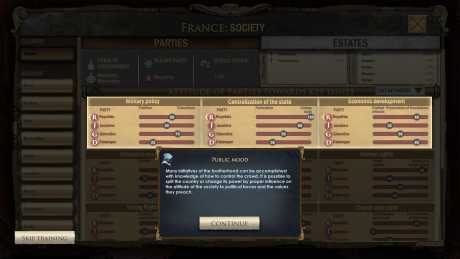 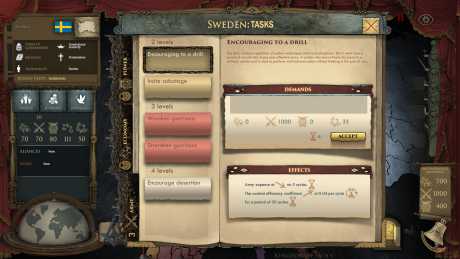 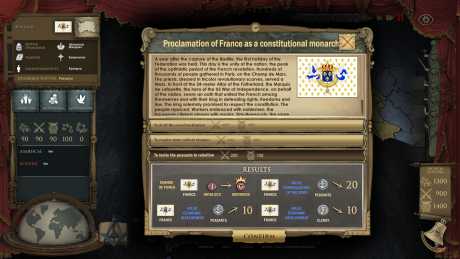 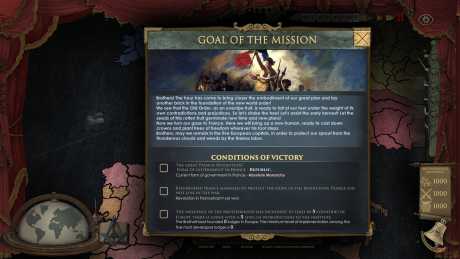 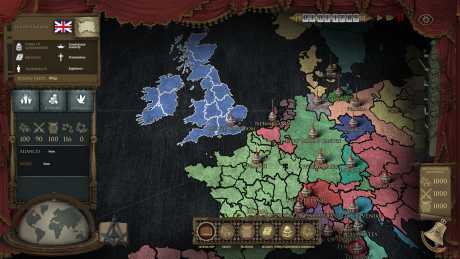 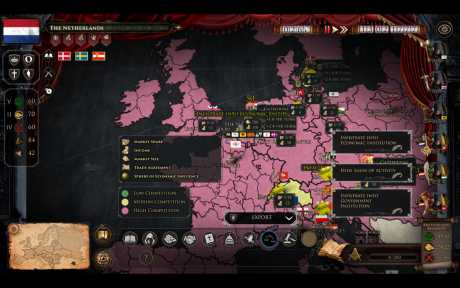 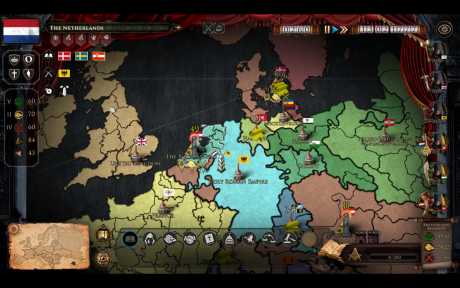 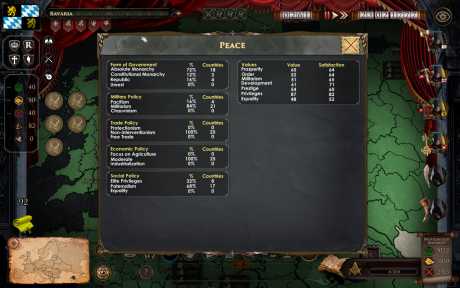 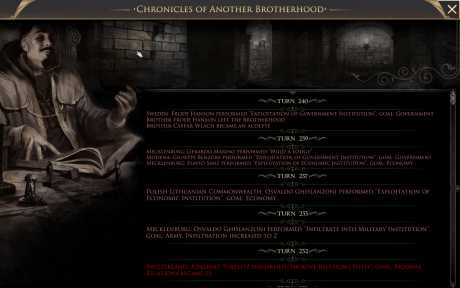 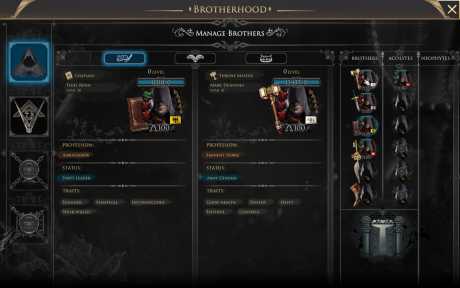 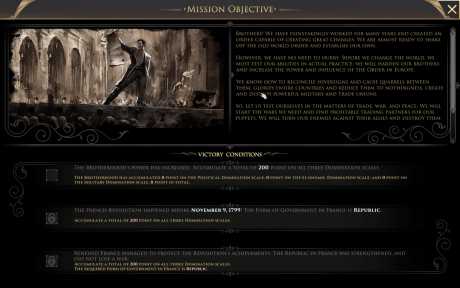 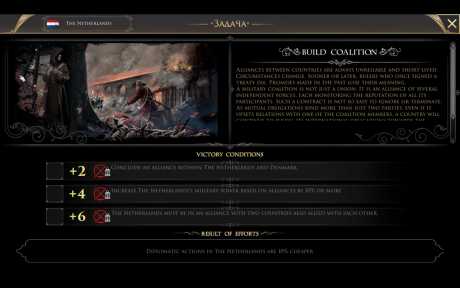 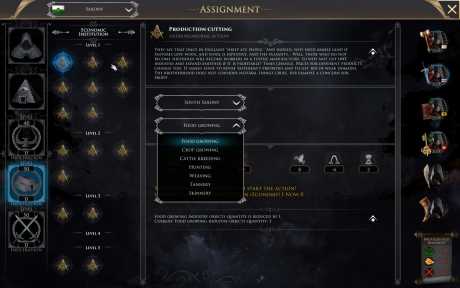 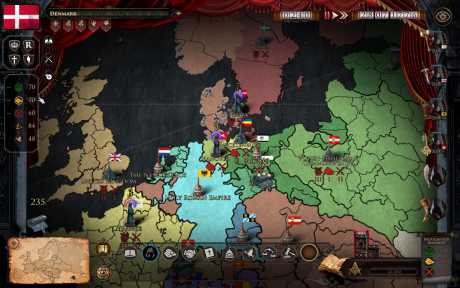 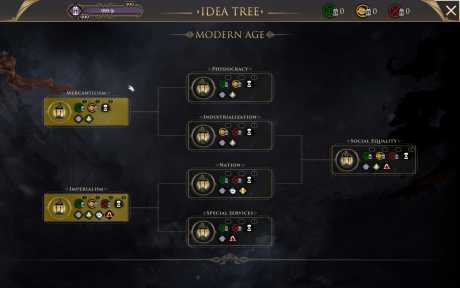 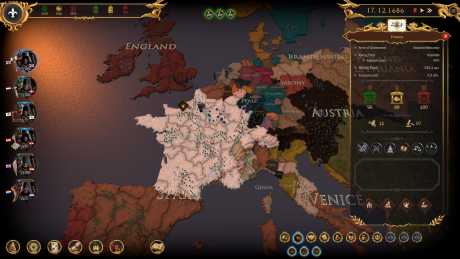 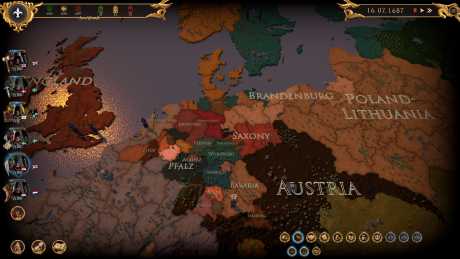 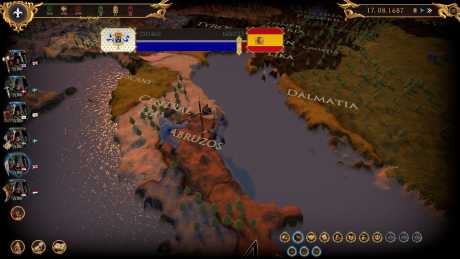 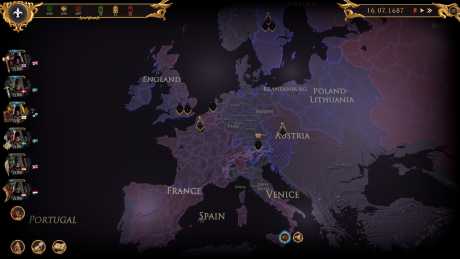 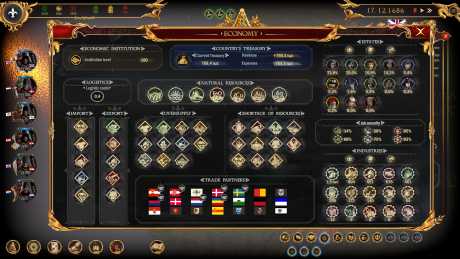 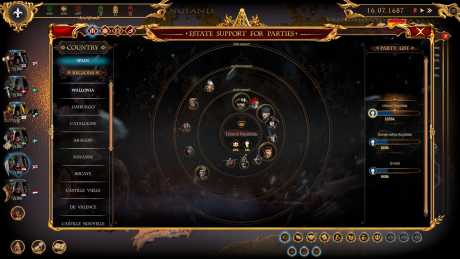 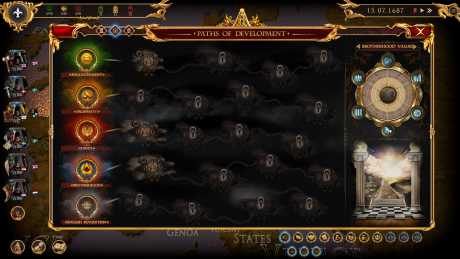 A grand strategy game about leading a secret society that has ruled humankind from the shadows for centuries. Rewrite history as you pull the strings of fate and spread your influence across the globe, shaping the world's nations and future to your will from the 18th century to the present day.
Tags: Political Rundenstrategie +
Über dieses Spiel
Secret Government is a grand strategy game about a secret society. Remaining unseen, they have been ruling mankind for hundreds of years. Your role will be not to just lead any particular country or region, but the Brotherhood: a centuries-old organization that works in the shadows and manipulates the entire world. Pull the strings of fate as you influence the present and future on a global scale, reconstructing the whole world to your liking.

Strategically manage your agents running errands in different countries and infiltrating government institutions to strip countries of their resources and seize control over decision-makers. Your choices will change the internal and foreign policies of countries.

A desire for power and wealth is not the only thing that drives the Brotherhood. It strives for a complete rebuilding of the world.

Beginning in the 17th century, you start making your own history, where in each mission of the game you will interfere in the main conflict of a certain period.

In the Early Access version, you will take part in the Glorious Revolution in England. There you will face a hostile secret organization. Its methods are similar to yours, but the goals are completely different, and you have to figure them out.

You need to act slowly and carefully not to raise the awareness of your clout in the country. You will otherwise be exposed and lose the level of influence already gained in this very country.

There will be plenty of diplomatic, economic and military actions at your disposal. Pay close attention to the domestic politics of each country. If the ruling party’s ideology is very different from the views of various classes and estates, if tax levels are too high and public order too low, then expect a revolution. Or maybe this is what you seek?

You cannot impose your will on the rulers - your manipulations in the game are indirect. You do not have the power to order a monarch to declare war on a neighboring country, but you can plant your agents in the right places, provoke deterioration in relations by indirect actions, arrange a border incident and bring the countries to a military conflict.

We hope that you will spend many enjoyable hours exploring how the world works with Secret Government! Join the Brotherhood!
Systemanforderungen